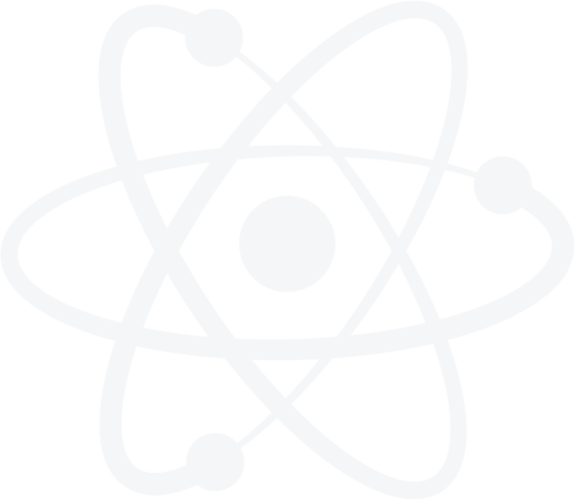 Building Sites with WordPress Will Never be the Same

Two years ago, WordPress rocked the web development world with the new Gutenberg editing experience, and their new block editor was only the first step toward completely reinventing the world’s most popular Content Management System (CMS).

According to the WordPress roadmap, full site editing is just around the corner. Phase two of the Gutenberg project is expected to wrap up in 2021 with the ultimate objective of expanding the block editor to page templates, the Customizer, and widget editing.

Once full site editing takes its place in WordPress’s core code, the way many people build websites will change forever. The 455 million+ already published WordPress sites should continue to function, but developers, builders, and content editors either have to adapt quickly or move on to a new web development strategy.

Matt Mullenweg and Mike Little originally released WordPress in 2003 as an upgraded replacement for the discontinued b2/cafelog software. The next year, they introduced the plugin model still used today. In 2015, WordPress launched its popular REST API, which positioned the blogging platform as a defacto PHP programming framework.

In 2005, Matt Mullenweg started Automattic, a company established to host and serve a scaled-down version of WordPress to users who didn’t want to or couldn’t launch a self-hosted site. Automattic and Mullenweg carry significant weight in determining the direction of WordPress’s open-source codebase and were roundly criticized for their handling of the Gutenberg launch in 2018. Much of this criticism focused on accessibility concerns and movement away from the original WordPress platform model.

INVASION OF THE PAGE BUILDERS

As WordPress grew in popularity, it became the go-to platform for web builders who weren’t necessarily comfortable writing code. The simplified website creation process gave birth to an exploding marketplace for third-party WordPress themes and plugins. Developers would create and sell themes to site creators who would, in turn, charge clients to build websites with purchased themes. Eventually, site creators demanded more control over the appearance and functionality of their websites. Theme developers responded by creating versatile templates with various display options.

Traditional theme popularity gradually gave way to page builders. Elementor, Visual Composer, Beaver Builder, and others allowed site creators to customize site appearance without having to change or purchase new themes. Just as WordPress page builders were growing in popularity, non-WordPress competitors such as Wix, SquareSpace, and Weebly earned a spot at the table with drag-and-drop website tools.

While WordPress remains the dominant CMS with a still-growing market share, the onslaught of page builders and drag-and-drop platforms threatened the revenue streams at Automattic and some of the other companies that earn their income from site hosting and plugin/theme sales. The WordPress community found itself at a crossroads; they had to choose between the versatility championed by its original developers and competing with drag-and-drop page builders. Enter the Guttenberg block editor.

WordPress officially launched the Gutenberg block editor in 2018 to a less than enthusiastic response. Many of WordPress’s core contributors argued that Automattic was bullying them into adopting the new editing experience prematurely. Even Mike Little, the original co-author of WordPress, pushed back at the “Gutenberg or die” approach.

In August of 2018, ClassicPress launched as a Gutenberg-free distribution of WordPress but never really gained any traction. As of the publishing of this article, ClassicPress is still actively maintained with over 38,000 GitHub commits. Despite the ongoing development, just over 1,000 sites currently use ClassicPress, a number that pales in comparison to the nearly half a billion sites running WordPress.

For better or worse, WordPress developers would have to figure out how to work around the new editor even though its code was, and remains to this day, a work in progress. Over the two years since its launch, the Gutenberg editor has slowly gained acceptance while working through many of its original shortfalls. The platform continues to gain market share among CMS systems.

The new block editor allows users to build content with blocks of formatted content rather than the simple rich text editor utilized previously. More so, it enables third-party developers to create custom blocks for everything from homepage hero sections to simple page decorations. The new editor includes a built-in set of core blocks ranging from paragraphs and headlines to images and embed codes. Developers can customize the core block styling to complement a specified theme.

The open-source editor is even establishing a footing outside of the WordPress platform. There is a module that adds the Gutenberg block editor to Drupal. Laraberg allows Laravel (PHP) users to implement Gutenberg into non-WordPress projects, and numerous other Gutenberg-based projects are in various stages of development.

UP NEXT: FULL SITE EDITING

With the block editor becoming more widely accepted, WordPress is preparing to take another step toward becoming a visual site editor. Full site editing will replace traditional hard-coded theme templates with user-designed block templates. This shift transfers much of the design control from the theme developer to the site and content creators.

It remains to be seen whether full site editing launches by early 2021, but anxious developers can load the still-unfinished editor to a staging site for testing. Be warned, however; the experimental themes and plugins should not be loaded to a live site as data loss is possible.

As it stands today, the full site editor would use Gutenberg blocks to build templates and template parts:

Many developers are still seeking clarity as to how the Customizer and widgets will play into the new WordPress platform as their respective functionalities are somewhat redundant with the full site editor’s proposed toolset.

Most sites will eventually have to transition to block themes and the full site editor, thus rendering thousands of existing WordPress themes obsolete.

As challenged as the Gutenberg launch might have been, the WordPress team delivered an editor that has not only earned acceptance within the WordPress community but is also proving useful beyond WordPress. Some of the pros include:

While the Gutenberg project appears to be an overall success, there are drawbacks that any web developer or business should consider before using the updated platform:

If you’re starting a new WordPress project now, it’s essential to think about how full site editing will impact your site moving forward.

Don’t overload your site with numerous block libraries. These libraries will impact performance and could create conflicts.

The introduction of WordPress full site editing is just around the corner. The full-site editor will take full advantage of Gutenberg blocks and allow site editors to create custom templates and template parts without having to understand code. When Maintaining an efficient WordPress site, it pays to be selective when choosing block libraries. Finally, don’t be afraid to look at WordPress alternatives before jumping into that new project.